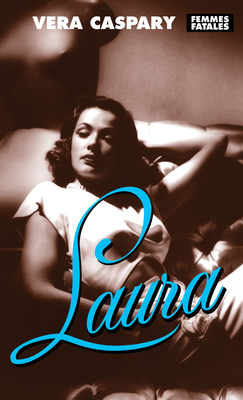 The greatest noir romance of all time, Laura won lasting renown as an Academy Award-nominated 1944 film: "an intriguing melodrama. . . . A top-drawer mystery." (The New York Times)

A brutal murder. A tough detective. And a woman who kept men spellbound--even after her death.

Laura Hunt was the ideal modern woman: beautiful, elegant, highly ambitious, and utterly mysterious. No man could resist her charms--not even the hardboiled NYPD detective sent to investigate her murder. As this cop probes the mystery of Laura's death, he finds himself drawn to the mere idea of her. As the circumstances surrounding her death become more intriguing, he comes to a startling realization--he's in love with a dead woman.

But is she even dead?

Vera Caspary's equally haunting novel is remarkable for its stylish, hardboiled writing, its electrifying plot twists, and its darkly complex characters--including a woman who stands as the ultimate femme fatale.

Femmes Fatales restores to print the best of women's writing in the classic pulp genres of the mid-20th century. From mystery to hard-boiled noir to taboo lesbian romance, these rediscovered queens of pulp offer subversive perspectives on a turbulent era.

Vera Caspary (1904-1987) is best known for her skillfully crafted and psychologically complex murder mysteries. Several of her books were made into films, including Laura, Bedelia, and The Man Who Loved His Wife. She was also a playwright and screenwriter, and was an important figure in the radical political causes of her day.