Celestine Prophecy: The Making of the Movie (Hardcover) 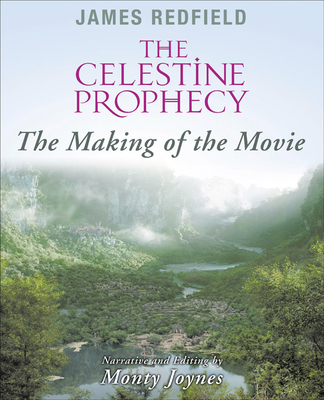 By James Redfield, Monty Joynes
$29.95
Backordered. Place an order and we will let you know when to expect your book.

In 1993, a relatively unknown psychotherapist from Birmingham, Alabama, self-published a spiritual adventure novel with an intriguing title: The Celestine Prophecy. James Redfield and his partner-wife, Salle, then peddled it to bookstores throughout the South, giving a copy to any bookseller who would agree to read it. The word of mouth quickly spread, and the Redfields sold 100,000 copies before Warner Books picked it up and made it the bestselling American book in the world in 1995 and 1996. Today there are more than 12 million copies of The Celestine Prophecy in print in more than 50 languages around the world.

A decade later, in March 2004, the principal filming of The Celestine Prophecy began in the tropical forest of Washington Oaks State Gardens, south of St. Augustine, Florida. Directed by Armand Mastrioanni from a screenplay co-written by James Redfield and Emmy-nominated producer Barnet Bain, the film dramatically brings the Nine Insights from printed page to silver screen. This making-of-the-movie book documents this astonishing achievement and takes you inside the imagination of the remarkable people who came together to fulfill James Redfield's ultimate vision.

From preproduction to the final wrap and editing, here are the producers, the director, actors, and crew caught in the moviemaking process. Lavishly illustrated with more than 160 full-color photos, The Celestine Prophecy: The Making of the Movie features production stills, production design artwork, and frames from the movie.

Here, too, is a narrative not only of the journey from book to film, but also of the heroic quest that John, played by Matthew Settle, takes for us and with us. On one level, it is a riveting adventure story fraught with danger and suspense. On another level, it is a spiritual journey with the power to transform. Just as the novel's Nine Insights ignited a worldwide dialog about spiritual awareness and the evolutionary future of humanity, the film is certain to reignite and expand that dialog to a whole new audience.