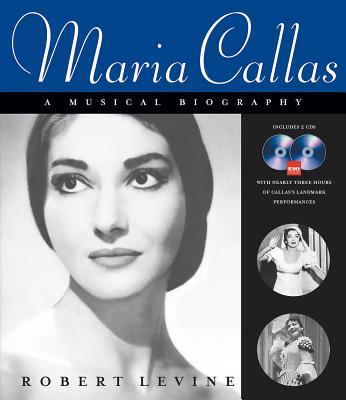 Maria Callas was almost as famous for her personal life - her jet-setting, her staggering weight loss, her tigress-like temperament - as she was for her singing. Of Greek parentage, the New York-born, internationally famous Callas was the most influential soprano of the 20th century, reviving a school of singing - bel canto - that had been forgotten for 75 years. Unlike most of her generation of sopranos, she was a superb actress both vocally and physically: her voice encompassed many colors and she embodied each character she portrayed. After seeing or hearing her in a role, it was said, it was difficult to imagine another singer attempting it, so fierce was her individual stamp. Her status went beyond cult; her triumphs and failures appeared on the front page of newspapers all over the world. This profusely illustrated musical biography covers Callas's life and career. A final third of the book analyzes the tracks on the two CDs, describing what made Callas unique, what made Callas Callas. Listen for yourselves to La Divina (the divine one), as the Italians dubbed her, and be amazed.