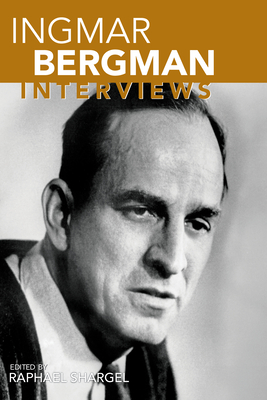 Although Ingmar Bergman (1918-2007) holds an undisputed place in the pantheon of major filmmakers, mention of his name unjustly evokes images of monolithic gloom and despair. All of his pictures, including his comedies, deal seriously with faith, morality, and mortality, but audiences and critics too often neglect the extraordinary wit and vitality that can be found in Wild Strawberries, Scenes from a Marriage, Fanny and Alexander, and many others.

In Ingmar Bergman: Interviews, the director discusses various stages of his career and the many facets of his work. The man and his films are revealed to be funny, full of life, and surprising as well as thoughtful, complex, and profound. In interviews with important writers, critics, and filmmakers, including James Baldwin, Michiko Kakutani, John Simon, and Vilgot Sj man, Bergman describes a grand vision that justifies his affinity with Shakespeare, Ibsen, and Dostoyevsky. The volume begins with a 1957 piece, conducted just as he completed his early masterpiece The Seventh Seal, and ends in 2002, as he was preparing to direct Saraband, his latest film.