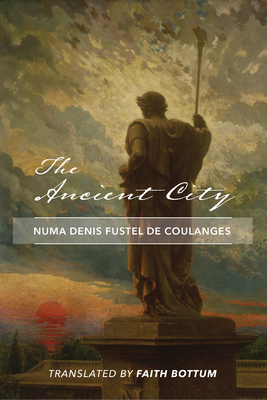 The importance of engaging the problems of contemporary political theory has brought us to an unprecedented reliance on the historical commentary already provided by giants like Alexis de Tocqueville and Edmund Burke. Among these is also the less often noted Numa Denis Fustel de Coulanges and his landmark work, The Ancient City.

Fustel de Coulanges plunged deep into the world and language of the ancient Greeks and Romans. His presentation of religion as a factor in civilization equates to a vision of how and why the ancient city-state died. This is a non-partisan and spiritually unmotivated work of political-philosophical merit, in which from a perspective of Cartesian doubt Coulanges strips away layers of cultural façade until the most foundational and hidden stratospheres of Greek and Roman institutions are laid bare.

The Ancient City places ancient Greek and Roman cities in relation to each other, and the daily life in both are illustrated in detail. Morality and custom are rendered as living and breathing entities, and the dynamics of social life are displayed in a way that the tragic influence of Christianity is rendered obvious, yet not heartbreaking.

This new translation is an essential component to a well-rounded understanding of where the notion of the city and political ordering come from, the role of religion in politics, the development of law, and its reliance on custom and the eternal fabric of the family.