A Quiet Belief in Angels: A Novel (Paperback) 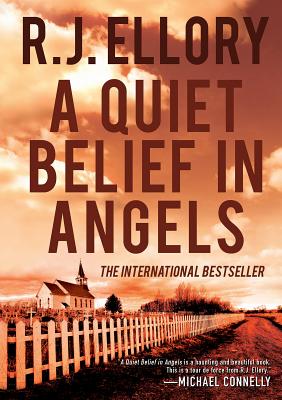 By R.J. Ellory
Unavailable. Orders will be auto-cancelled.

“R.J. Ellory's imagery and evocative style are the perfect vehicle for this murder mystery, set in the South during the 1940s. In a story that is full of surprises, the horrors of WWII stand alongside the horrific killings in a quiet Georgia town.”
— Gayle Wingerter, Inklings Bookshop, Yakima, WA

Just a teenager, Joseph becomes determined to protect his community from the killer, but he is powerless in preventing more murders-and no one is ever caught. Ten years later one of his neighbors is found hanging from a rope, surrounded by belongings of the dead girls; the killings cease, and the nightmare appears to be over. Desperate and plagued by everything he has witnessed, Joseph sets out to forge a new life in New York. But even there the past won't leave him alone-for it seems that the murderer still lives and is killing again, and that the secret to his identity lies in Joseph's own history.

R.J. Ellory is the author of twelve novels, including the bestselling A Quiet Belief in Angels, which was Strand Magazine's Thriller of the Year, shortlisted for the Barry Award, and a finalist for the SIBA Award. He is also the author of City of Lies, Candlemoth, A Quiet Vendetta, A Simple Act of Violence, and the e-book original series Three Days in Chicagoland.