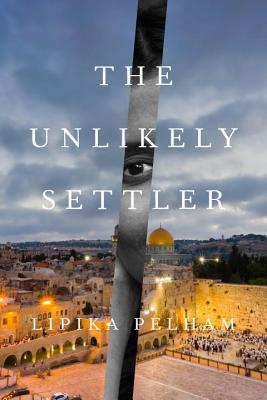 "Holy pajamas was I pulled into this book! Lipika Pelham's experience as the Bangladeshi wife of a Jewish Englishman living with their family in Jerusalem offers a fresh, objective, and very human perspective on the Israeli-Palestinian conflict. The history of both cultures is well represented, as are the ramifications of the political decisions that shifted entire populations. Her writing is vivid and her storytelling as straightforward as you'd expect from someone who wrote for the BBC. This book will appeal to anyone interested in gaining more understanding of the tense situation in the Middle East, and will particularly appeal to parents faced with raising their children in a culture that is not their own. Five stars!"

The Israeli-Palestinian conflict seen by an outsider who craves to make sense of herself, her marriage, and the city she lives in
"The Unlikely Settler "is none other than a young Bengali journalist who moves to Jerusalem with her English-Jewish husband and two children. He speaks Arabic and is an arch believer in the peace process; she leaves her career behind to follow his dream. Jerusalem propels Pelham into a world where freedom from tribal allegiance is a challenging prospect. From the school you choose for your children to the wine you buy, you take sides at every turn.
Pelham's complicated relationship with her husband, Leo, is as emotive as the city she lives in, as full of energy, pain, and contradictions. As she tries to navigate the complexities and absurdities of daily life in Jerusalem, often with hilarious results, Pelham achieves deep insights into the respective woes and guilt of her Palestinian and Israeli friends. Her intelligent analysis suggests a very different approach to a potential resolution of the conflict.

Lipika Pelham was born and raised on the border between Bangladesh and India, and in the past twenty years has lived in England, Morocco, Jordan, and Israel. In her early twenties she joined the BBC World Service and reported from India, Bangladesh, the Philippines, Morocco, and Israel. In 2005 Lipika moved with her family to Jerusalem, where she became a documentary filmmaker, winning among other prizes the prestigious Centre Mediterraneen de la Communication Audiovisuelle Prix Special du Jury in 2010."

“Personal drama and inner conflicts are intertwined naturally with the dramas and conflicts of the outside world in this emotionally moving memoir.” —Zeruya Shalev, author of Thera and Husband and Wife

“It’s fascinating and refreshing to see everyday life in Jerusalem through the sharp, affectionate eyes of Lipika Pelham as she encounters and befriends zionists, ulra orthodox Haredis, Arab Jews, left wing intellectuals, Israeli Arabs, Palestinians, Bedouins, Christians, expatriates and international peace-keepers in this city of warring sides and emotional flare-ups. It helps to understand the complexities of the Israeli Palestinian conflict.” —Claudia Roden, author of The Book of Jewish Food

"Pelham achieves deep insights into the respective woes and guilt of her Palestinian and Israeli friends." —Between the Covers