His Own Man (Paperback) 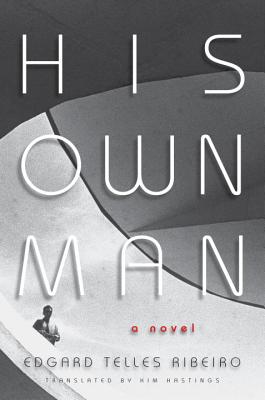 From one of Brazil's eminent authors comes a Machiavellian tale, set during South America's dirty wars, where the machinations of a consummate diplomat and deceiver ring dangerously true.
A charismatic young diplomat in Brazil's Foreign Ministry, Marcilio Andrade Xavier (Max to his friends and colleagues), renounces his past ideals and becomes an informer for the military regime after their coup in 1964. Max navigates ashadowy world of betrayal, torture, and assassination without blinking an eye and advances swiftly up the diplomatic ladder. Ironically, once democracy is restored after more than two decades, the enigmatic Max will still manage to thrive.
Set against the backdrop of ruthless political maneuvering and dubious business deals with dire consequences, "His Own Man"offers a chilling anatomy of ambition and power.

Brazilian author and diplomat Edgard Telles Ribeiro (b. 1944) spent a peripatetic childhood in Marseille and various other European cities. After returning to Brazil, he worked as a journalist, filmmaker, and professor of film studies before entering the foreign service. His debut novel "O Craido Mudo" ("The Night Table"), was published in English to critical acclaim as "I Would Have Loved Him If I Had Not Killed Him," and was subsequently translated into Dutch, German, and Spanish. Later novels and short story collections have garnered some of the most important literary prizes in Brazil, including the Jabuti Prize (twice), the Brazilian Academy of Letters Prize; and for his latest novel, HIS OWN MAN, the Brazilian PEN Prize (2011). He currently divides his time between New York and Rio de Janeiro.

Kim M. Hastings was raised overseas and lived for several years in Sao Paulo. She studied Brazilian language and literature at Brown University and has a PhD in Spanish and Portuguese from Yale. For the past fifteen years, she has been a freelance editor and translator, working with academic presses and commercial publishers. Her translations include fiction by Rubem Fonseca, Rachel Jardim, and Adriana Lisboa. The author lives in New York and Rio de Janeiro."

"A penetrating exploration of the [political] stage wings, where government, the military, and business leaders play their hands--with the press and the opposition silenced--and not merely in Brazil." --O Globo (Brazil)

"Perhaps the most masterfully conceived portrait of a diplomat in our literature since...Machado de Assis." --O Valor Econômico (Brazil)