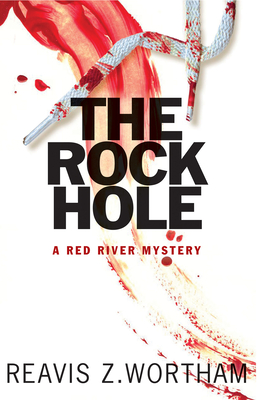 "An unpretentious gem written to the hilt and harrowing in its unpredictability."--Kirkus Reviews STARRED review

The first book in the Texas Red River Mystery series, The Rock Hole is the gripping story of a rural community shaken to its core by a killer, and the man who will stop at nothing to protect his own...

Lamar County, Texas: Summer, 1964. Life is idyllic for ten-year-old Top Parker, who has come to live with his grandparents in the small, rural town of Center Springs. Yet while Top runs the woods and countryside with his near twin cousin, Pepper, his Grandpa Ned--a small town constable--witnesses the spreading menace of a deranged killer. Out of his element, Ned reaches out to neighboring law enforcement and then the FBI.

Set in the Texas panhandle and perfect for fans of C.J. Box and Craig Johnson, The Rock Hole is a riveting mystery that explores the worst--and best--parts of humanity.

Top 12 Mysteries of 2011 by Kirkus Reviews
Finalist in the Benjamin Franklin Awards, Mystery

"Not just scary but funny too, as Wortham nails time and place in a sure-handed, captivating way. There’s a lot of good stuff in this unpretentious gem. Don’t miss it." —Kirkus Reviews

"Throughout, scenes of hunting, farming, and family life sizzle with detail and immediacy. The dialog is spicy with country humor and color, and Wortham knows how to keep his story moving. The Rock Hole is an unnerving but fascinating read." —Historical Novels Review

"Solid characters and a vivid depiction of a vanishing period make this a series to watch." —Publishers Weekly