Kicking Ass and Saving Souls: A True Story of a Life Over the Line (Hardcover) 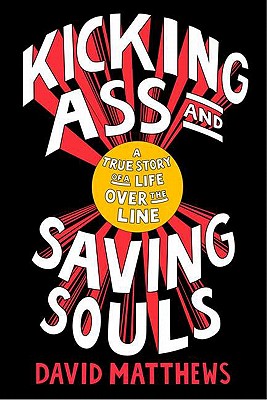 The story of a boy from Baltimore who evolves from a safecracking, jewel-heisting, deep-sea diving, ultimate-fighting, international playboy into a globetrotting humanitarian.
Stefan Templeton was born a child of extremes. The son of Ebba, an aristocratic Norwegian love child, and Roye, a militant African American philosopher, Stefan spent his early years shuffling between the discipline of his father's house and dojo in decaying west Baltimore and the eccentricities of his mother's life as a healer and artist in the wealthiest enclaves of Europe. The confusion formed a singular man who had nothing but his own abilities. By age eighteen Stefan was a skilled fighter, philosopher, lover, horseman, and swimmer who exuded confidence and competence.
His highs came from adventure, always. He hunted in Macon, France; brawled in Oxford, England; lived as a kept man off the Champs-Elysees; served as a medicine man in Colombia; escaped death on the Amazon; and trained to serve on Cousteau's "Calypso" in Marseilles. Love of the mother of his first child temporarily settled Stefan in Norway, but poverty and adrenaline addiction soon kicked in.
Eventually, Stefan found himself in a labyrinthine criminal world-where he pulled off one of the biggest jewel heists in Scandinavia's history as a player in a smuggling consortium. He eluded capture, but the downward spiral continued until he hit bottom one night in Tokyo.
Alone and in need of redemption, Stefan lost himself in the south Asian jungle, but fate brought him an opportunity to help the wretched Karen people of Burma. By serving the forgotten, Stefan could begin his restitution. This Renaissance man at last utilized his uncommon skill set to embrace the call of humanitarian relief. Disasters like the Indonesian tsunami and the Sudanese civil war and drought required all of him.
The adventure of Stefan Templeton tests the bounds of human possibility, and even the most hardened of skeptics will be gripped by this account of David Matthews, Stefan's childhood friend and sometimes harshest critic.

David Matthews is the author of 2007 "New York Times" Editor's pick "Ace of Spades." His work has also appeared in "Salon, The New York Times, The Huffington Post, The Washington Post, " and "The Autobiographer's Handbook: the 826 National Guide to Writing your Memoir." He lives in Manhattan, but can't wait to move back to Brooklyn.