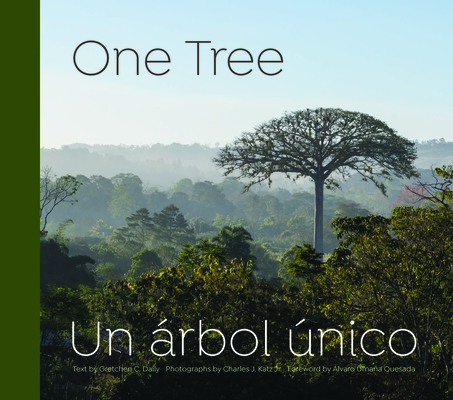 Through words and photographs, environmental scientist Gretchen C. Daily and photographer Charles J. Katz describe how one relict tree--the magnificent Ceiba pentandra in Sabalito, Costa Rica--carries physical and spiritual importance. The people in the town of Sabalito call the tree la ceiba, a term said to be derived from a Ta no word referring to a type of wood used for making canoes in the West Indies. Ceiba evokes times and places where people hollowed out the great cylindrical trunks and glided along languid rivers winding through lush tropical forest. Today the tree is known by different names in regions ranging from southern Mexico and the Caribbean to the southern edge of the Amazon Basin and in western Africa. The ceiba has survived what is probably the highest rate of tropical deforestation in the world. It is a legendary and vital tree in centuries-old forests in places like Costa Rica that were once almost completely forested (98 percent in the mid-twentieth century) and decades later have suffered devastating deforestation (34 percent by 1980). One Tree grew out of a conversation between photographer Chuck Katz and acclaimed ecologist Gretchen Daily about the relict tree--a single tree that remains standing in a pasture, for example, after the forest has been cleared from the land, and takes on iconic importance for the animals, plants, and people in the ecosystem. During a trip the authors took to Costa Rica, Katz focused his lens on the ceiba and a story was born. In descriptive language interwoven with scientific fact, Daily discusses the tree's historical and natural history and the ceiba species in general. She touches on the science of the Costa Rican rainforest and its deforestation and the cultural traditions, legends, and folklore of forests and relict trees. Katz's photographs of the massive tree and the village that takes care of it create an intimate work celebrating the visual and biological intricacies of trees.

Gretchen C. Daily's work spans scientific research, teaching, public education, and advancing practical approaches to environmental challenges. Her scientific research is on countryside biogeography and the future dynamics of biodiversity change; the scope for harmonizing biodiversity conservation and agriculture; quantifying the production and value of ecosystem services across landscapes; and new policy and finance mechanisms for integrating conservation and human development in major decisions. Daily, who is Bing Professor of Environmental Sciences at Stanford University, cofounded and codirects the Natural Capital Project, an international partnership to mainstream the values of nature into major decisions of governments, businesses, and communities. Her honors include the Sophie Prize, the International Cosmos Prize, the Heinz Award, and the Midori Prize. She has published numerous scientific articles and books, including The Power of Trees, with photographs by Charles J. Katz Jr., and The New Economy of Nature: The Quest to Make Conservation Profitable, cowritten with Katherine Ellison.