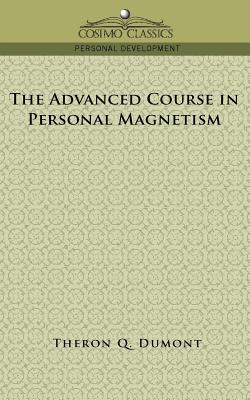 An attractive manner is assured if we will avoid the following: Sarcasm, impertinence, ridicule, hot temper, profanity, roughness, brutality, vulgarity, a loud voice, and grouchiness. -from Chapter III, "The Development of Your Magnetic Power" The New Thought movement of the turn of the twentieth century combined Christian spirituality with the paranormal in order to give practical expression to the forces of the universe. Or so its proponents believed. One of the most influential thinkers of this early "New Age" philosophy promises here, in this 1914 book, to share "in a condensed, non-mystical style all I have been able to learn of this wonderful power" of personal magnetism. Mysteries revealed include: . the secrets of being naturally magnetic . the development of your magnetic power . how to use your personality to win the affection of the opposite sex . how to cultivate success . how to protect yourself against injurious thought attraction . how to make yourself a great power in the world . a formula for creating happiness Today's hunger for self-help, personal empowerment, and pop spirituality has its origins in a craving for self-improvement that's a century old, as this captivating little book demonstrates. Also available from Cosimo Classics: The Art and Science of Personal Magnetism: The Secrets of Mental Fascination, by Theron Q. Dumont. American writer WILLIAM WALKER ATKINSON (1862-1932)-aka Theron Q. Dumont-was born in Baltimore and had built up a successful law practice in Pennsylvania before professional burnout led him to the religious New Thought movement. He served as editor of the popular magazine New Thought from 1901 to 1905, and as editor of the journal Advanced Thought from 1916 to 1919.