Of Blood and Honey: A Book of the Fey and the Fallen (Paperback) 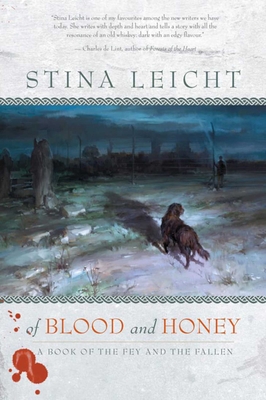 Liam never knew who his father was. The town of Derry had always assumed that he was the bastard of a protestant — his mother never spoke of him, and Liam assumed he was dead. But when the war between the fallen and the fey began to heat up, Liam and his family are pulled into a conflict that they didn’t know existed. A centuries old conflict between supernatural forces seems to mirror the political divisions in 1970’s era Ireland, and Liam is thrown headlong into both conflicts! Only the direct intervention of Liam’s real father, and a secret catholic order dedicated to fighting “The Fallen” can save Liam... from the mundane and supernatural forces around him, and from the darkness that lurks within him.

Skyhorse Publishing, under our Night Shade and Talos imprints, is proud to publish a broad range of titles for readers interested in science fiction (space opera, time travel, hard SF, alien invasion, near-future dystopia), fantasy (grimdark, sword and sorcery, contemporary urban fantasy, steampunk, alternative history), and horror (zombies, vampires, and the occult and supernatural), and much more. While not every title we publish becomes a New York Times bestseller, a national bestseller, or a Hugo or Nebula award-winner, we are committed to publishing quality books from a diverse group of authors.