The Song of Roland (Paperback) 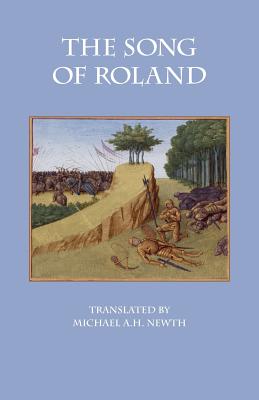 "The Song of Roland" is acknowledged today as the first masterpiece of French vernacular literature and one of the world's greatest epic poems. The earliest extant example of a medieval "chanson de geste" ("song of deeds"), its four thousand lines represent the most famous literary celebration of Carolingian mythology from the Middle Ages. Written down around the year 1090, the Song of Roland's finely crafted verses tell of the betrayal and defeat of Charlemagne's beloved nephew at the Pass of Roncevaux in the Pyrenees and of the revenge subsequently sought on his behalf. Although the identity of the surviving work's author cannot be known with certainty, his poetic genius cannot be doubted. His mastery of chanson de geste compositional techniques transformed an historically minor military setback - the ambush and slaughter of the great emperor's rearguard by a band of Basque highlanders in August 778 - into the most immediately popular and subsequently cherished artistic expression of medieval chivalry, kingship, national pride, feudal and Christian service in the Western world. Michael Newth's new verse translation of the "Chanson de Roland" - the first in English for over fifty years to preserve the full poetic diction of the medieval composition - recaptures the form, feel and flow of the original work in performance by restoring the genre's "verbal music" to the *Song* of Roland. Newth's introduction traces the extant work's origins, examines its artistic achievements and summarizes its enormous influence on the social and artistic consciousness of medieval France and beyond. His text is followed by a glossary of medieval terms used in the translation and suggestions for further reading about the Roland phenomenon and its surviving one hundred or so fellow chansons de geste. This translation of the "Chanson de Roland" meets the need for a new version of the great poem to illustrate its relevance and widen its appeal to English readers of the twenty-first century, and it also highlights its potential as a viable piece of performance art.