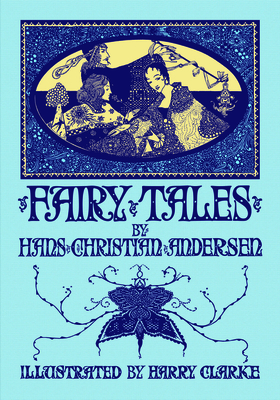 This beautifully designed treasury gathers Hans Christian Andersen's most beloved fairy tales in a gilt-stamped, hardcover volume, abundantly illustrated by full-color and black-and-white images by Golden Age master Harry Clarke. Offering such classics as "The Snow Queen," "The Nightingale," and "The Wild Swan," this masterful collection showcases Clarke's peerless artistry as he highlights the mythic and uncanny qualities of Andersen's timeless stories. This stunning book will be a welcome addition to any discerning library, private or public.

Danish author and poet Hans Christian Andersen (1805-75) was a prolific writer of plays, travelogues, novels, and verse. It is for his fairy tales that he is best remembered: Translated into more than 125 languages, they form an integral part of Western literary culture and consciousness and have inspired movies, animated features, plays, and ballets.A leading figure in the Irish Arts and Crafts Movement, Harry Clarke (1889-1931) began his career as an award-winning stained glass artist. In a style that recalls Aubrey Beardsley and Kay Nielsen, he illustrated the works of many noted storytellers. Dover publishes Calla Editions of Clarke's interpretations of Edgar Allan Poe's Tales of Mystery and Imagination, Goethe's Faust, and The Fairy Tales of Charles Perrault.