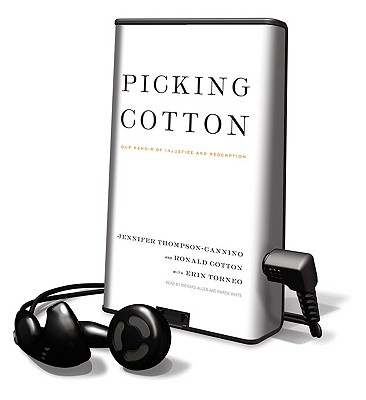 By Jennifer Thompson-Cannino, Ronald Cotton, Richard Allen (Read by)
$59.99
Backordered. Place an order and we will let you know when to expect your book.

“A black man is accused of a terrible crime by a white woman and spends years in prison before being exonerated by DNA evidence. Then, the previously incarcerated man and the victim become friends, team up, and set out on a mission to rescue others falsely accused. No novel tells a story this important or heartrending. Read it!”
— Deal Safrit, Literary Book Post, Salisbury, NC

Jennifer Thompson was raped at knifepoint by a man who broke into her apartment while she slept. She was able to escape and eventually identified Ronald Cotton as her attacker. Ronald insisted that she was mistaken - but Jennifer's positive identification was the compelling evidence that put him behind bars. After eleven years, Ronald was allowed to take a DNA test that proved his innocence. He was released after serving more than a decade in prison for a crime he never committed. Two years later, Jennifer and Ronald met face to face - and forged an unlikely friendship that changed both of their lives. In their own words, Jennifer and Ronald unfold the harrowing details of their tragedy, and challenge our ideas of memory and judgment while demonstrating the profound nature of human grace and the healing power of forgiveness.