The Night of the Panthers: Introducing Biagio Mazzeo: A Crooked Cop In a Very Crooked City (Paperback) 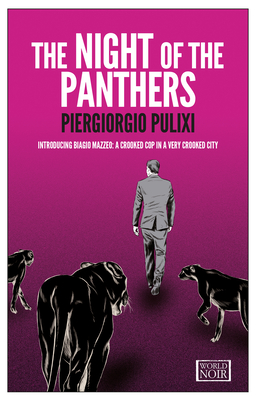 Money, sex, and power. Inspector Biagio Mazzeo is the head of a special unit composed of cops who have been trained in the investigation of organized crime. He is a kind of father figure to these hard men and he often leads them well beyond the confines of what is legal. But now they’ve been found out. In order to save his men from being smeared in a corruption scandal, Mazzeo sacrifices himself and is tried and sentenced to jail time. His sacrifice, however, isn’t enough to get his men out of trouble. His unit has stolen a shipment of drugs and its owners want it back. This time, Mazzeo’s boys have messed around with the wrong drug cartel, for these are no ordinary criminals, this is the ‘Ndrangheta, the infamous Calabrian mafia that is known to stop at nothing to get what’s theirs. From behind bars Mazzeo has only one way of helping his men: making a deal with a young female police officer who promises he will be released and all charges will be dropped if Mazzeo embarks on a suicide mission to put an end to an underworld war.

In a gripping crescendo of violence, vendettas and corruption, Biagio Mazzeo has to choose sides because this time it’s not just his badge that is one the line, but his life. The Night of the Panthers Piergiorgio Pulixi’s US debute and an action filled police drama that will have readers’ pulses racing.

Piergiorgio Pulixi was born in Cagliari, Sicily, in 1982. He is a member of the Sabot, an experiment in collective crime fiction writing created by Massimo Carlotto, Italy’s preeminent author of crime fiction. He lives in Padua.

"The Night of the Panthers is not only a great novel in terms of style and plot, but, in perfect noir fashion, it is useful for understanding organized crime in Italy...Pulixi's literary promise has become a magnificent reality." - Tempi Nuovi (Italy)

"Pulixi has an amazing talent for plot development and an ability to throw readers off the scent by working in breathtaking twists." - Thriller Magazine

“A gripping tale of violence, vendettas and corruption.” – Readings (Australia)