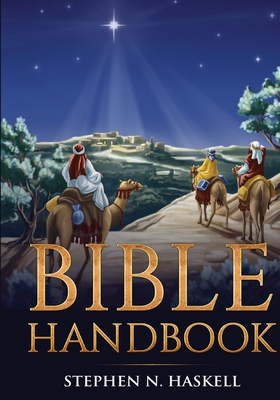 This classic Bible Handbook, compiled by Stephen N. Haskell, contains more than 220 Bible studies organized by topic. Haskell, who recognized the call of God early in life and responded with all his heart, gave himself particularly to the study of God's word. During the 1800's and early 1900's, Haskell served as a preacher, author, publisher and ultimately, as a soul winner--leading hundreds, if not thousands, to know Jesus Christ as their personal Savior.

The solid biblical foundation of Haskell's four books reflect his lifelong pursuit of understanding the Scriptures. In "The Cross and Its Shadow," Haskell addressed the Jewish sanctuary service and the meaning behind it, in an easy-to-understand, Bible-based manner. In "The Story of the Seer of Patmos", Haskell delved deeply into the life of John the Beloved, as well as the book of Revelation. "The Story of Daniel the Prophet," like the book about John the Revelator, is built around the biblical story of a prophet, together with the prophecies in the book that bear his name.

In the Bible Handbook, Haskell presents a wide range of biblical subjects arranged in a topical manner. Topics such as the ministry of angels, reliability of the Word of God, the Second Coming, signs of the times, modesty in dress, the law of God, temperance in diet, and biblical business principles are each addressed with a list of summarized Bible texts. The result of years of immersion in God's Holy Word, Haskell's book is a "must have" for any serious Bible student. Containing outlines for numerous Bible studies, it offers a serious "leg up" on a number of important topics that are relevant--even critical--to living as a Christian today.