In the Morning I'll Be Gone: A Detective Sean Duffy Novel (Paperback) 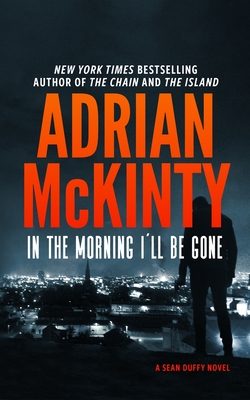 This is book number 3 in the Detective Sean Duffy series.

A Ned Kelly Award winner! Detective Sean Duffy works to crack a locked room mystery while tracking an escaped IRA master bomber. The early 1980s. Belfast. Sean Duffy, a conflicted Catholic cop in the Protestant RUC (Royal Ulster Constabulary), is recruited by MI5 to hunt down Dermot McCann, an IRA master bomber who has made a daring escape from the notorious Maze Prison. In the course of his investigations Sean discovers a woman who may hold the key to Dermot’s whereabouts; she herself wants justice for her daughter who died in mysterious circumstances in a pub locked from the inside. Sean knows that if he can crack the "locked room mystery," the bigger mystery of Dermot’s whereabouts might be revealed to him as a reward. Meanwhile the clock is ticking down to the Conservative Party Conference in Brighton in 1984, where Mrs. Thatcher is due to give a keynote speech....

“A dark-humored shamus in the Phillip Marlowe tradition, [Sean Duffy] is . . . buoyed through the murderous chaos by his love of classical, punk, and new-wave music, the Greek philosopher Epicurus, and frothy pints of Guinness.”
–WALL STREET JOURNAL

“A razor-sharp thriller set against the backdrop of a country in chaos, told with style, courage, and dark-as-night wit. . . . An utterly brilliant novel with its own unique voice.”
–STUART NEVILLE, author of Ratlines, on The Cold Cold Ground

Praise for In the Morning I’ll Be Gone:

“This is the third in the series and, for me, the best, for it contains a locked room mystery at the heart of a drama about a major terrorist escape from the Maze prison, Belfast in 1983. Written in spare, razor-sharp prose, and leading up to a denouement that creeps up on you and then explodes like a terrorist bomb, it places McKinty firmly in the front rank of modern crime writers.”
–THE DAILY MAIL, London

“Driven by McKinty's brand of lyrical, hard-boiled prose, leavened by a fatalistic strain of the blackest humour, In the Morning I'll Be Gone is a hugely satisfying historical thriller.”
–THE IRISH TIMES

“A locked room mystery within a manhunt killer [is] a clever and gripping set-up that helps makes Duffy's third outing easily his best so far.”
–THE SUNDAY TIMES, London