The Popul Vuh: The Mythic and Heroic Sagas of the Kiches of Central America (Paperback) 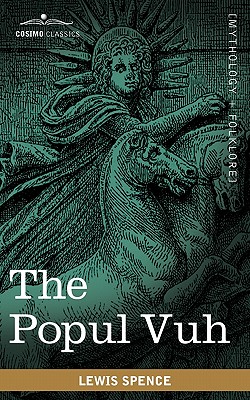 This edition of The Popol Vuh is the first English translation of the mythic Guatemalan work, which consists of mythical historical narratives and translates roughly as "Book of the Community." The main segments of The Popol Vuh consist of creation myths and stories of twin heroes Hunahp and Xbalanqu and their genealogies. The translation includes notes about the work from Lewis Spence, as well as an introduction. LEWIS SPENCE (1874-1955) was a Scottish journalist who recorded Scottish folklore, myths and legends from around the world, histories and legends about the lost world of Atlantis, and works on the occult. Spence graduated from Edinburgh University and was the editor of three magazines, The Scotsman, The Edinburgh Magazine, and The British Weekly. He also founded the Scottish National Movement, now known as the Scottish National Party.