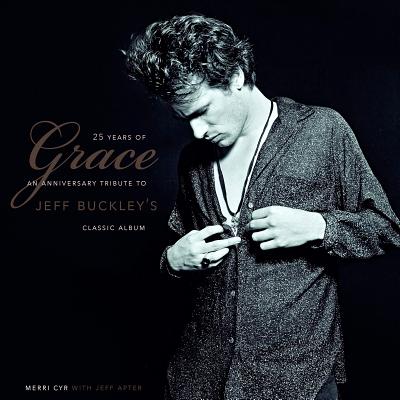 Jeff Buckley made only one album, but the one he made has proved to be seminal. Grace emerged at a time when grunge gripped the charts. Buckley's refined melodies and wide vocal range made him stand apart from his contemporaries. His rendition of Leonard Cohen's "Hallelujah" is arguably the most memorable version ever recorded. His talent awed industry giants and moved the hearts of fans spanning generations. Grace made clear a remarkably talented force had come upon the world, and it promised a wellspring of astonishing music for years to come. But Buckley's untimely death in 1997 left his fans to wonder about all the sonic magic that could have been and to hold dear the few but brilliant songs he left behind. In the wake of his passing, Buckley has continued to garner new fans and influence countless artists. And while a number of posthumous releases of unpolished, deep cuts have helped satiate listeners over the years, it is his official studio album Grace that reverberates with timelessness: at its release in 1994, the album sounded like nothing that had come before--and no album has repeated its essence since. Photographer Merri Cyr was there along the way. She has documented Buckley's career from his days at the East Village coffee shop Sin- to his iconic Grace cover shoot to his rigorous tour around the world as he promoted his unprecedented debut. In 25 Years of Grace, Cyr joins forces with Jeff Buckley biographer Jeff Apter (A Pure Drop: The Life of Jeff Buckley) to produce an illustrated tribute to this classic album in celebration of its twenty-fifth anniversary. The book features brand new interviews with Buckley insiders--Matt Johnson, Mick Gr ndahl, Michael Tighe, Gary Lucas, Karl Berger, Andy Wallace, George Stein, Steve Berkowitz, and others--revealing the details about Buckley's signing to a major label, the role of the band in creating arrangements, finding the right creative direction for the multifaceted songsmith, the songwriting process and final song selections, key meetings and collaborations, recording techniques, memorable moments in the studio, and more. The book also includes reflections about Buckley and Grace from an array of music artists--Butch Walker, Pete Yorn, Jimmy Gnecco, Glen Hansard, Holly Miranda, and Lenny Kaye, to name a few. Lavishly illustrated with many never-before-seen photographs, 25 Years of Grace takes a fresh look at the making and legacy of this classic album.

Merri Cyr, author of A Wished for Song: A Portrait of Jeff Buckley, is widely recognized as the official Jeff Buckley photographer, having shot the iconic Grace cover photo and countless other images of the artist. She lives in Brooklyn, New York. Jeff Apter is the author of the Jeff Buckley biography A Pure Drop: The Life of Jeff Buckley, as well many other books, including Tragedy: The Sad Ballad of the Gibb Brothers. He lives in Australia.