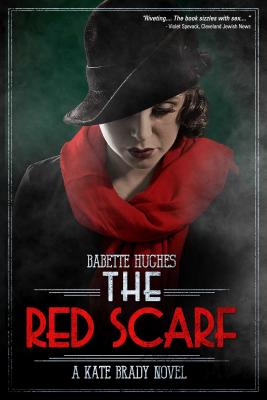 The dramatic historical crime drama of Kate Brady continues as she joins the FBI, falls in love with an agent and goes undercover to bring down a major crime family. Jewish mafia godfather Ben Gold is dead and the file is closed as far as law enforcement is concerned. His widow is attending college and living on the millions of dollars of ill-gotten gain that Ben had left her, and trying to put the life of a moll behind her. But once again, even from beyond the grave, Ben Gold drags her back into the dangerous world of gangster and guns. When handsome FBI agent Adam Fairchild is introduced as a guest lecturer, she feels immediately drawn to him, and he to her. A steamy love affair ensues and soon she risks her life by revealing her darkest secret to him. He too reveals a secret, and together they hatch a plan for her to infiltrate the dark and cavernous world of the Levine crime family and somehow bring them all to justice. She meets with J. Edgar Hoover, gets her orders, takes an oath, and embarks on a brave and danger-filled journey teeming with suspense and close calls throughout. Along the way she discovers that she is a strong and capable woman who earns the trust of the bad guys and the respect of the law enforcement officials.

Nonagenarian Babette Hughes is a bootlegger's daughter whose father and uncle were murdered by the Mafia. She is a Huffington Post columnist, has published in the Saturday Review, was Contributing Editor of Cleveland Magazine; was a twice-weekly columnist for the Cleveland Press and has published articles and book reviews in the Cleveland Plain Dealer and the Sunday Magazine. She has also written, produced and appeared in television documentaries, news and feature stories for Cleveland television. In addition to her writing career she was the National Director of Women's Political Action for Hubert Humphrey in his 1972 Presidential campaign, as well as founder and President of Discover Yourself, Inc., a motivation and self-realization program for women. She has also been Director of Public Relations for Revco D.S., Inc. in Twinsburg, Ohio, and Account Executive with Frazier Associates, in Washington, DC. She and her husband live in Austin, Texas, and are the parents and step-parents of eight children.