Wrestling with the Devil: A Prison Memoir (Hardcover) 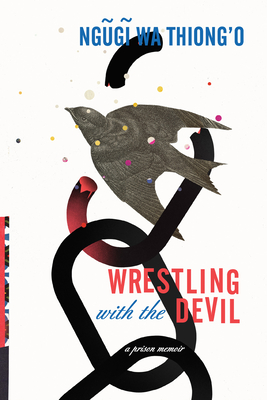 A New York Times Editors' Choice "A welcome addition to the vast literature produced by jailed writers across the centuries . . . a] thrilling testament to the human spirit."
--Ariel Dorfman, The New York Times Book Review "Wrestling with the Devil is a powerful testament to the courage of Ngũgĩ and his fellow prisoners and validation of the hope that an independent Kenya would eventually emerge."
--Minneapolis Star Tribune "The Ngũgĩ of Wrestling with the Devil called not just for adding a bit of color to the canon's sagging shelf, but for abolition and upheaval."
--Bookforum An unforgettable chronicle of the year the brilliant novelist and memoirist, long favored for the Nobel Prize, was thrown in a Kenyan jail without charge

Wrestling with the Devil, Ngũgĩ wa Thiong'o's powerful prison memoir, begins literally half an hour before his release on December 12, 1978. In one extended flashback he recalls the night, a year earlier, when armed police pulled him from his home and jailed him in Kenya's Kamĩtĩ Maximum Security Prison, one of the largest in Africa. There, he lives in a prison block with eighteen other political prisoners, quarantined from the general prison population.

In a conscious effort to fight back the humiliation and the intended degradation of the spirit, Ngũgĩ--the world-renowned author of Weep Not, Child; Petals of Blood; and Wizard of the Crow--decides to write a novel on toilet paper, the only paper to which he has access, a book that will become his classic, Devil on the Cross.

Written in the early 1980s and never before published in America, Wrestling with the Devil is Ngũgĩ's account of the drama and the challenges of writing the novel under twenty-four-hour surveillance. He captures not only the excruciating pain that comes from being cut off from his wife and children, but also the spirit of defiance that defines hope. Ultimately, Wrestling with the Devil is a testimony to the power of imagination to help humans break free of confinement, which is truly the story of all art.

One of the leading African writers and scholars at work today, Ngũgĩ wa Thiong'o was born in Limuru, Kenya, in 1938. He is the author of A Grain of Wheat; Weep Not, Child; Petals of Blood; and Birth of a Dream Weaver. He is currently distinguished professor in the School of Humanities and the director of the International Center for Writing and Translation at the University of California, Irvine. He has been nominated for the Man Booker International Prize.