Killing the Story: Journalists Risking Their Lives to Uncover the Truth in Mexico (Hardcover) 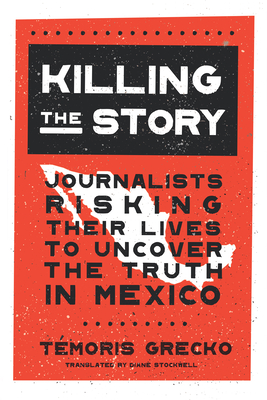 A harrowing and unforgettable look at reporting in Mexico, one of the world's most dangerous countries to be a journalist

In 2017, Mexico edged out Iraq and Syria as the deadliest country in the world in which to be a reporter, with at least fourteen journalists killed over the course of the year. The following year another ten journalists were murdered, joining the almost 150 reporters who have been killed since the mid-2000s in a wave of violence that has accompanied Mexico's war on drugs.

In Killing the Story, award-winning journalist and filmmaker T moris Grecko reveals how journalists are risking their lives to expose crime and corruption. From the streets of Veracruz to the national television studios of Mexico City, Grecko writes about the heroic work of reporters at all levels--from the local self-trained journalist, Moises Sanchez, whose body was found dismembered by the side of a road after he reported on corruption by the state's governor, to high-profile journalists such as Javier Valdez C rdenas, gunned down in the streets of Sinaloa, and Carmen Aristegui, battling the forces attempting to censor her.

In the vein of Charles Bowden's Murder City and Anna Politskaya's A Russian Diary, Killing the Story is a powerful memorial to the work of Grecko's lost colleagues, which shows a country riven by brutality, hypocrisy, and corruption, and sheds a light on how those in power are bent on silencing those determined to reveal the truth and bring an end to corruption.