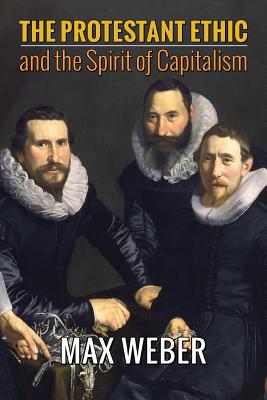 The Protestant Ethic and the Spirit of Capitalism is Max Weber's groundbreaking study of the psychological and spiritual conditions that allowed for the development of capitalist culture. Weber's thesis takes off from startling twin reversals. First, in a reversal of the Marxian thesis that material conditions form the basis for "states of mind," Weber asserts that it is these very mental conditions and associated cultural values that shaped the capitalist world and the human quest for prosperity. More specifically, Weber's insight is that the belief in the moral value of work, encouraged by Calvinist strains of Protestantism, fostered a this-worldly asceticism -- reversing and supplanting the medieval monastic ideal of an other-worldly asceticism. Thus grew, in early modern England and Northern Europe, a new attitude toward the fulfillment of worldly duties -- baptizing, as it were, what would become the unapologetic pursuit of wealth.

As a trenchant and still controversial analysis of how the historical phases of Christianity have conditioned the ethical, political, economic, and social lives of the peoples of the West -- and, later, the world -- Weber's work continues to be a touchstone for the ongoing debate on the origins of capitalism and the future course of economic history.