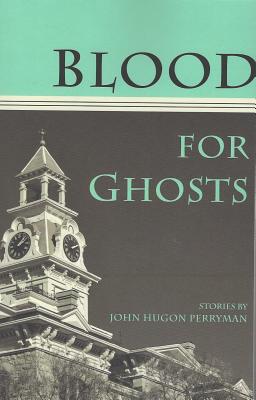 Figuratively speaking, Blood for Ghosts takes for its theme the burial of the dead. The eight stories in the collection dramatize the many ways Texans in the 21st century struggle to give voice to their ancestors and the region’s past, a task made increasingly difficult by the pressures of globalization, the lure of efficiency, and the claims of “progress.” Such struggles are necessary, however, and are premised on the belief that the healthiest communities affirm a meaningful relationship with as much of the past as is possible. The collection’s title makes a nod of the head toward Hugh Lloyd-Jones’s fine study of ancient Greece and Book XI of The Odyssey, when Odysseus enacts a rite that summons the shades of the dead to drink the blood of sacrificed animals and so be given voice to communicate with the living. The collection’s epigraph comes from the same scene in Book XI: and up out of Erebus they came/ flocking toward me now, the ghosts of the dead and gone.

JOHN PERRYMAN is a fifth generation Texan. He graduated from Greenhill School and Williams College, where he started on the school’s first undefeated football team, and then received his PhD from UT Dallas. He has published fiction, poetry, and criticism in a wide range of journals, including The Southern Humanities Review, The South Carolina Review, Concho River Review, RE:AL, and The Midwest Quarterly. He was a runner-up for the 2007-8 Dobie Paisano Fellowship, awarded each year by the Texas Institute of Letters and the University of Texas. He now serves as an administrator/teacher at St. Mark’s School of Texas.