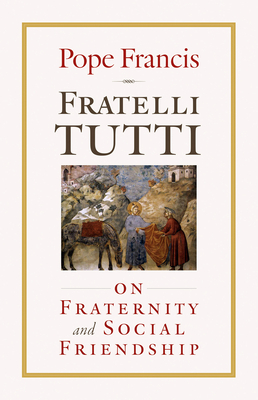 With the new encyclical, Francis calls for solidarity, personal and community responsibility in the face of difficult challenges such as the pandemic, which has shown that the world is more connected than ever.

"Untimely conflicts break out that were believed to have been overcome. Stubborn, exaggerated, angry and aggressive nationalisms are reviving," said the Pope. For decades it would have looked like "that the world would have learned from so many wars and catastrophes and slowly move towards various forms of integration".

In this encyclical, Pope Francis envisions 'renewed hope' from universal love, open to 'every man and woman'. The Pope dreams: A world must be possible in which people recognize each other as brothers and sisters, resolve conflicts in dialogue and leave no one behind on the path of development, but give everyone room to participate. That is "not a pure utopia. Francis calls his encyclical "FRATELLI TUTTI" a "humble contribution to reflection". But what drives him to do so weighs heavily: the global unequal distribution of resources and opportunities, the exclusion of entire classes and nations, an unbroken tendency to give preference to self-interests over solidarity. The Covid pandemic exposed it as a deceptive illusion for the Pope to "believe that we are all powerful and to forget that we are all in the same boat".