The Complete Works of William Shakespeare: Cymbeline: With Annotations and a General Introduction by Sidney Lee (Paperback) 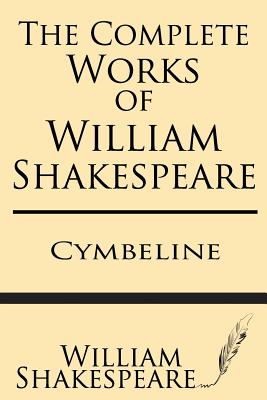 By William Shakespeare
Introduction If it could be assumed, with any strong probability, that "Cymbeline," which ends the First Folio, was really the last play which Shakespeare wrote, several difficulties which present themselves in connection with it might be resolved at once. It contains one of the most perfect of Shakespeare's women, two gallant boys, a notable villain; with rapid, summarising studies in jealousy, a murderous queen, a royal clown, done as if from memory or on second thoughts. There are pastoral scenes in it which can only be compared with the pastoral scenes in "The Winter's Tale"; and they are written in verse of the same free and happy cadence. Yet the play is thrown together loosely, rather as if it were a novel, to be read, than a play, to be acted. The action is complicated here, neglected there. A scene of sixteen lines is introduced to say that the tribunes are required to raise more forces for the war, and that Lucius is to be general. The last scene is five hundred lines long, and has to do as much business as all the rest of the play. The playwright seems no longer to have patience with his medium; it is as if his interest had gone out of it, and he were using it as the only makeshift at hand. Most artists, at the end of their careers, become discontented with the form in which they have worked. They have succeeded through obedience to this form, but it seems to them that a rarer success lies, uncaptured, outside those limits. They are tempted by what seems lawless in life itself; by what is certainly various and elastic in life. They are impatient with the slowness of results, with their rigidity, inside those inexorable limits. The technique which they have perfected seems to them too perfect; something cries out of chains, and they would set the voice, or Ariel, free. That spirit, I think, we see in the later plays of Shakespeare, in which not only does metre dissolve and reform, in some new, fluctuant way of its own, but the whole structure becomes vaporous, and floats out through the solid walls of the theatre. Even "The Tempest," when I have seen it acted, lost the greater part of its magic, and was no longer that "cloudcapt" promontory in "faery seas forlorn," the last foothold of human life on the edge of the world. What sense of loss do we feel when we see "Othello" acted? "Othello" has nothing to lose; the playwright has never forgotten the walls of his theatre. In "Cymbeline" he is frankly tired of them. "Cymbeline" is a romance, made out of Holinshed, and Boccaccio, and perhaps nursery stories, and it is that happiest kind of romance... ------------------------------------------------------------------------------------------------------------------------------------------ Windham Press is committed to bringing the lost cultural heritage of ages past into the 21st century through high-quality reproductions of original, classic printed works at affordable prices. This book has been carefully crafted to utilize the original images of antique books rather than error-prone OCR text. This also preserves the work of the original typesetters of these classics, unknown craftsmen who laid out the text, often by hand, of each and every page you will read. Their subtle art involving judgment and interaction with the text is in many ways superior and more human than the mechanical methods utilized today, and gave each book a unique, hand-crafted feel in its text that connected the reader organically to the art of bindery and book-making. We think these benefits are worth the occasional imperfection resulting from the age of these books at the time of scanning, and their vintage feel provides a connection to the past that goes beyond the mere words of the text.