The Lucky Strike Papers: Journeys Through My Mother's Television Past (Revised Edition) (Paperback) 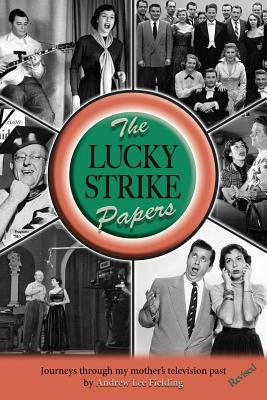 The Lucky Strike Papers: Journeys Through My Mother's Television Past was originally brought out by BearManor Media in 2007. BearManor has now released a revised version of the book.

In 1951, a critic in Down Beat magazine wrote that Sue Bennett was "one of the coming female singers in the country." Bennett was a featured singer on several network shows during TV's early years, including Kay Kyser's College of Musical Knowledge, and Your Hit Parade (also known as the Lucky Strike Hit Parade). She also appeared regularly on such programs as The Freddy Martin Show, and John Conte's Little Show.

Editorial Reviews from the Original Edition:

The Lucky Strike Papers is "a fascinating look at the early years of live television..."--Radiogram magazine, 2009

The book "was one of the best works on early television I have ever had the pleasure of reading. Fielding has done a remarkable job capturing a time period when television was new, broadcasts were live and those working in the medium were learning on their feet."

"It's a splendid book, sensitively written, that chronicles the phenomenon of live TV, and the musical variety type programs which are no longer with us....Mr. Fielding manages to write a very personal memoir about a story that was not his own, and that is something wondrous."

"For anyone curious at all about the early days of live television, and the transition from radio to TV as being the dominant form of home entertainment, this book is a delight... "

..".Fielding has a distinctive approach, using a narrative voice that's almost quasi-documentary in tone. It's very effective, giving the reader the sense of flipping through the pages of a scrapbook and reading the captions written on the backs of pictures. In doing so, he generates a warmth not only for the age, but for the people participating in it. He makes it come alive, which is one of my tests as to how good a book is."

The Lucky Strike Papers "is a rich history of the early days of TV....Early TV was a fascinating world, and reading about it is the next best thing to having been there."

Andrew Fielding's writing has appeared in The Boston Globe, The Boston Herald, The Providence Journal, The Philadelphia Daily News, Horizon magazine, and other publications. He has also worked as a radio talk show host--in Philadelphia, in suburban Philadelphia, in Charlottesville, Virginia, and in northern New Jersey.