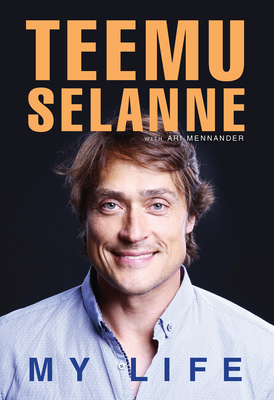 A record-setting Finnish best-seller, now available for the first time in English!

Teemu Selanne is unquestionably hockey royalty, having won countless accolades—including a Stanley Cup championship and four Olympic medals—during his storied career. This deep dive into the life of a unique superstar, top athlete, and family man shows that such success and longevity have not come without complex hurdles.  How did a youngster from Helsinki mature into a world-class player, one of the best of all time? What kind of personal obstacles has Selanne encountered, and how did he manage the immense pressure of representing his country and striving for his sport's top prizes? Featuring never-before-told stories from Selanne's NHL years with the with the Winnipeg Jets, Anaheim Ducks, San Jose Sharks, and Colorado Avalanche, as well as rare color photos from his personal collection, this authorized biography is an essential read for all hockey fans.

Teemu Selanne played for the Winnipeg Jets, Anaheim Ducks, San Jose Sharks, and Colorado Avalanche during his 21-year NHL career. He was a recipient of the Calder Memorial Trophy, the Maurice "Rocket" Richard Trophy, and the Bill Masterton Memorial Trophy, and he won the Stanley Cup in 2007 with the Ducks. Selanne also earned four Olympic medals with the Finnish national team and was inducted into the Hockey Hall of Fame in 2017.

Ari Mennander is an award-winning Finnish writer, editor, and producer. He has authored several sports-related works, including Jari Kurri – 17.