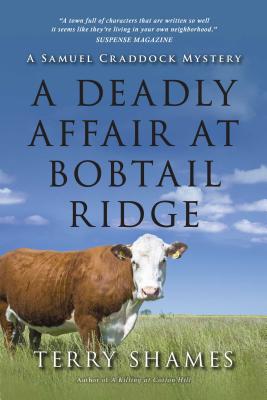 Someone is trying to kill Jenny Sandstone and she might know who it is. But how can Samuel Craddock protect her when she seems hell-bent on protecting the attempted killer's identity? Craddock has learned to accept that his neighbor and friend Jenny's personal life is strictly secret. But when her dying mother tells him that Jenny is in danger, Craddock is confronted with a dilemma. He wants to respect Jenny's privacy, but he is haunted by the urgency in the dying woman's voice. Then when Jenny is the victim of a suspicious car accident, Craddock has no choice but to get involved. He demands that she tell him what he needs to know to protect her and to solve the mysteries surrounding the strange events that began taking place as soon as Jenny’s mother passed away. Forced to confront the past, Jenny plunges into a downward spiral of rage and despair. She is drinking heavily and seems bent on self-destruction. Craddock must tread lightly as he tries to find out who is behind the threats to her. But only by getting to the bottom of the secrets buried in Jenny’s past can he hope to save her both from herself and from whoever is out to harm her.

PRAISE FOR THE SAMUEL CRADDOCK MYSTERIES

“Samuel Craddock is a man readers are going to love, and they'll want to visit him and Jarrett Creek often.”
—BILL CRIDER, author of the Sheriff Dan Rhodes series

"An amazing read. The poetic, literary quality of the writing draws you into a small town and its interesting, secret-carrying residents."
—RT Book Reviews

“Shames has come up with a sleuth for the long haul.”
—Toronto Star