The Mind of the Islamic State: ISIS and the Ideology of the Caliphate (Paperback) 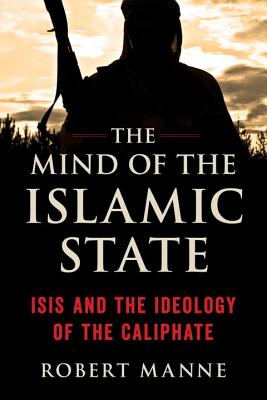 Award-winning Australian intellectual Robert Manne presents an incisive analysis of the historical background and current ideology that motivates ISIS and their quest for domination in the Middle East and beyond.

In the ongoing conflict with ISIS, military observers and regional experts have noted that it is just as important to understand its motivating ideology as to win battles on the ground. This book traces the evolution of this ideology from its origins in the prison writings of the revolutionary jihadist Sayyid Qutb, through the thinking of Osama bin Laden and Ayman al-Zawahiri, who planned the 9/11 terrorist attack, to today's incendiary screeds that motivate terrorism via the Internet.

Chief among these recent texts are two documents that provide the foundation for ISIS terrorism. One is called The Management of Savagery, essentially a handbook for creating mayhem through acts of violence. The other is the online magazine of horror called Dabiq, which combines theological justifications with ultraviolent means, apocalyptic dreams, and genocidal ambitions. Professor Manne provides close, original, and lucid readings of these important documents. He introduces readers to a strange, cruel, but internally coherent and consistent political ideology, which has now entered the minds of very large numbers of radicalized Muslims in the Middle East, North Africa, and the West.

However disturbing and unsettling, this book is essential reading for anyone concerned about terrorist violence.

Robert Manne is the author or editor of twenty-seven books. The Petrov Affair won the Washington National Study Center's Prize in 1988 for books in the field of intelligence published by a non-American author. In Denial won the Queensland Premier's Prize in 2001 for a work advancing public debate. Between 1987 and 2005 he was a columnist on public affairs for all the main Australian newspapers--the Melbourne Herald, the Australian, the Age and the Sydney Morning Herald. Manne has also been a frequent contributor to Australia's public radio and television corporation, the ABC, over several decades. Between 1990 and 1997 he was editor of one of Australia's most significant magazines of ideas, Quadrant. He has also served as the editorial board chair of Australian Book Review and The Monthly magazine. In two surveys of peers conducted in 2005 he was voted Australia's leading public intellectual. Manne is presently Vice-Chancellor's Fellow, Emeritus Professor and Convenor of the Ideas & Society Program at La Trobe University. He is a Fellow of the Academy of the Social Sciences in Australia.

"If you want to understand how it all began, this is an essential read: a deep dive into how the ideologues behind salafi jihadism shaped the global menace that we now know as Islamic State."

"Manne has given us a crystal clear guide to jihadist thought: why they do what they do and why they believe what they believe. Essential reading for anyone interested in terrorism and how it has evolved, this concise but thorough study takes one on a rich and fascinating journey of ideas, introducing a rogue's gallery of beguilingly dark characters. The Mind of the Islamic State is intellectual history at its most vital. The stakes could not be higher."'

—Mark Danner, author of Spiral: Trapped in the Forever War and Stripping Bare the Body

“This is a remarkable work. It traces, step by doctrinal step, the evolution of the ideological basis―the proffered quasi-theological grounding―of the new revolutionary-regressive Islamist agenda and offers an intellectual portrait of that now-ominous worldview.”

“The Mind of the Islamic State is an important, eye-opening book, and after reading it, at last, I have reached new insights on the developments that led to the creation of the Islamic State. It includes much information about central figures—most of whom are unfamiliar to the Western educated reader—as well a serious, responsible analysis of the origins of these extremist factions and the reason for their ascent to power. Oftentimes, books that are written close to the events they discuss tend to have a very short shelf life; however, Manne’s book has the advantage of displaying an in-depth exploration of the ongoing dangerous radicalization within Muslim society. This is, in fact, the critical test for a valuable historical book, which The Mind of the Islamic State passes easily.”

“The Mind of the Islamic State compels us to take seriously what we are inclined to evade: the leaders of ISIS and many of its fighters are driven by beliefs that are sophisticated and often subtle. They are sometimes terrifyingly plausible, and they both make savagery appear noble and justify pride in it. No one who reads this erudite, powerfully argued, and morally profound book will be puzzled about why young men and women of many different kinds and in different parts of the world are attracted to the romance of being an ISIS fighter.”

“Here we see the strain of Islamic thinking causing so much trouble in today’s world—trouble for Muslims and for others. Manne gives the historical, as opposed to essentialist, character of this movement and the plurality of its components. He is not an Islamicist, but he is familiar with the important texts and their authors. What political figures and specialists say to each other, Manne tells us. His courage in doing so yields a nuanced view of a highly important but poorly understood political movement, making it accessible to general readers and adding interpretation that might escape specialists. A world joined to ours through conflict is now made part of our general culture. Manne makes a danger comprehensible and by that keeps ‘Islamophobia’ at a distance. Quite an achievement.”

"Manne uncovers the ideas that have inspired ISIS and traces the cumulative intellectual transformations and escalations that have ignited its movement toward unrestrained and flauntingly unconcealed violence. He does so with a rare combination of passionate engagement; cool, scrupulous, and evocative insight; and crystal clarity. In an epoch that seems fated repeatedly to face assaults from forces we didn’t see coming and find bewilderingly difficult to understand, this book is a revelation.”