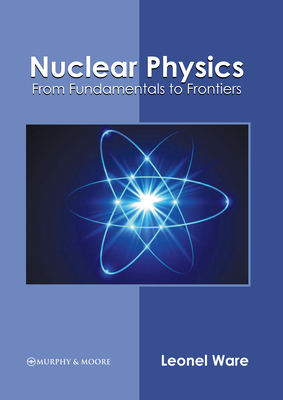 Nuclear physics deals with the study of atomic nuclei and their constituents. It is a sub-field of physics and is also concerned with the study of many other forms of nuclear matter. It focuses on studying the nuclei under extreme conditions like excitation energy and high spin along with studying the extreme shapes and extreme neutron-to-proton ratios. It primarily aims to study two processes: nuclear fusion and nuclear fission. The process in which two low weighted nuclei come in close contact with each other and merge due to strong forces around them is known as nuclear fusion. Nuclear fission is the process by which a heavy nucleus is broken down into two subsequent nuclei. The field finds its application in areas such as nuclear medicine, radiocarbon dating, magnetic resonance imaging, ion implantation, nuclear power, etc. This discipline is an upcoming field of science that has undergone rapid development over the past few decades. The topics covered in this extensive book deal with the core aspects of nuclear physics. It will serve as a valuable source of reference for those interested in this field.