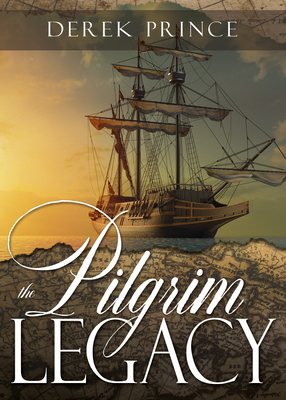 A story that must not be erased from America's history or from the public squares of nations worldwide... "In all the history of the world, as nations have arisen and fallen amid endless war and bloodshed, the founding of America was utterly unique," writes Derek Prince. "Reaching the shores of an unknown wilderness, a small group of people planted seeds--not of military might, or wealth, or power, but seeds of faith and freedom. And those seeds took hold and grew." Such seeds affect the destinies of nations. A nation participates in shaping its own destiny through the process of sowing and reaping: what nations sow, they will reap. If they seek to align themselves with God's purposes, they will experience His favor and blessing. But if they seek to align themselves with purposes that are in opposition to God's, they will not prosper. Who were the Pilgrims? Why did they come to America? What difference did they make in the history of our country--and what does their legacy tell us about our country's destiny? The seeds sown by our Pilgrim ancestors 400 years ago continue to influence our culture and government. The basic principles by which they lived--beliefs in personal liberty, freedom of religion, and living in covenant with others--laid a strong foundation for America's religious and political freedom. Without question, what the Pilgrims sowed, America has reaped as an abundant harvest. Yet how long will the blessing of the Pilgrims' influence continue? The light of this nation is still shining. But something is going wrong. Like a heavy, unanticipated fog, a spiritual darkness is gradually moving in to dim that light. In The Pilgrim Legacy, internationally recognized Bible teacher and scholar Derek Prince discloses the biblical principles and tools at work in the lives of this small group of Christians who were, in a sense, the spiritual ancestors of the United States. It was these principles that not only helped to establish the nation but enabled America to be a stepping-stone in spreading the light of the gospel of the kingdom around the world. By discovering and implementing the principles by which the Pilgrims lived, we can continue The Pilgrim Legacy today and preserve the spiritual destiny of our nation.

Bible scholar and spiritual patriarch Derek Prince (1915-2003) was educated as a scholar of classical languages at Eton College and Cambridge University in England, and later at Hebrew University in Israel. While serving in the Royal Army Medical Corps (RAMC) during World War II, he began to study the Bible as a philosophical work and, as a result, experienced a life-changing encounter with Jesus Christ. Derek Prince taught and ministered on six continents for more than sixty years, imparting God's revealed truth, praying for the sick, and sharing his prophetic insights. He is the author of more than eighty books, six hundred audio teachings, and one hundred video teachings, many of which have been translated and published in more than one hundred languages. Prince pioneered teaching on such groundbreaking themes as generational curses, the biblical significance of Israel, and demonology. Derek Prince Ministries, with its international headquarters in Charlotte, North Carolina, carries on the good work that God began in and through him.Derekprince.orgFacebook.com/dpmlegacy Twitter @DPMUSA