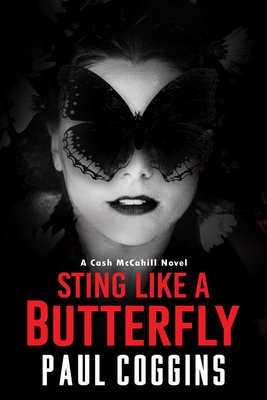 King of the courtroom, Cash McCahill, has been framed.

Ace criminal attorney Cash McCahill makes two potentially fatal mistakes. First, he agrees to represent a cartel kingpin, who lays down an ultimatum of win or else.

Not even an acquittal will save Cash if his second mistake surfaces. His affair with the client’s wife turns him into the perfect pawn to take a fall for the cartel.

Falsely convicted of jury tampering, he must survive a prison teeming with enemies and navigate the more dangerous world on the outside in order to clear his name, regain his law license, and return to his only real home—the courtroom.

Paul Coggins is a nationally prominent criminal defense attorney, whose clients have included high-ranking politicians, Fortune 500 executives, professional athletes, nonprofit organizations, and government bodies. He is the former United States Attorney for the Northern District of Texas and is currently the president-elect of the National Association of Former U.S. Attorneys.

He is a Rhodes Scholar, a former host of a popular radio call-in show, a frequent commentator for the media, and a contributor of articles for newspapers and magazines.

The Texas Attorney General has tapped him twice to represent the State of Texas, and the United States Court of Appeals for the Fifth Circuit recently appointed him to investigate allegations of wrongdoing involving federal court personnel.

"Next time I get in trouble, I'm calling Cash McCahill. There's nothing he can't handle. Do yourself a favor and grab a copy of Paul Coggins's page-turning thriller Sting Like a Butterfly. Money and drugs, cartel honchos, courtroom drama—this book has it all. I can't wait for the next one."
— Harry Hunsicker, Former Executive Vice President of the Mystery Writers of America and Author of "Texas Sicario"

“Paul Coggins’s electrifying, whip-smart Sting Like a Butterfly is an adrenaline-soaked thrill ride(in a cherry-red Carrera, no less) through the twisted underworld of the drug cartel. If you ever find yourself on the wrong side of the law, make sure you’ve got Cash McCahill’s number handy.”

“Attorney Cash McCahillis trash-talking, conniving, and quick with a quip—the kind of lawyer you love to hate until he’s all that’s standing between you and prison. Paul Coggins’ Sting Like a Butterfly takes readers on a thrilling rollercoaster ride through the underbelly of the cartel world, with twists you don’t see coming. Buy a copy and fasten your seatbelt!”
— Glenna Whitley, investigative reporter and author of Stolen Valor

“Cash McCahill is money in the bank for this Paul Coggins thriller, Sting like a Butterfly. It’s hard to put this one down!”
— Johnathan Brownlee, Filmmaker/Director/Writer, Three Days in August and the upcoming true crime thriller, The Eyes of Jefferson