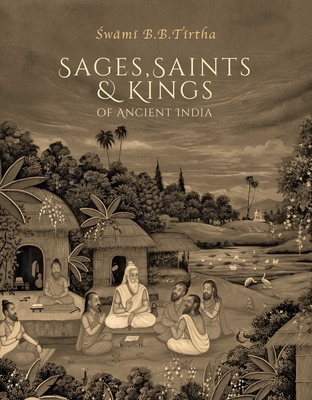 The people of ancient times were inclined to give their attention not only to the external world of inert matter, but also to the world within, the vital world of consciousness.

Those sages who understood the importance of such contemplation comprise the prime subject matter of this book. Especially in the troubled world of today, it is by the conscientious study of their activities and teachings that we may come to understand the Absolute Truth, or the Ultimate Reality, and attain lasting peace and joy.

The pastimes of such great, sagely personalities have been narrated in detail in an ancient collection of works known as the Puranas, as well as in timeless epics such as the Mahabharata, Ramayana, and other Vedic literatures.

In this book, Srila Bhakti Ballabha Tirtha Goswami Maharaja, a bona fide self-realized representative of the bhakti (devotional) lineage, has narrated important episodes and addressed salient points from these literatures.  Thus, the avid reader may understand their inner meaning and apply this knowledge to their search for real happiness. Ultimately, such unadulterated, permanent happiness, according to the devotional tradition, is realized as the attainment of pure love of God, Sri Krishna.

Swami Bhakti Ballabha Tirtha Maharaja (24 April 1924 - 21 April 2017) was a disciple of Srila Bhakti Dayita Madhava Goswami Maharaj and an acharya and initiating spiritual master in the Gaudiya Math, following the philosophy of the Bhakti marg, specifically of Caitanya Mahaprabhu and Gaudiya Vaishnava theology. He was the President Acharya of Sree Chaitanya Gaudiya Math, headquartered at Kolkata, West Bengal, India and having more than 22 branches in India.