Star Trek: The Official Guide to the Animated Series (Hardcover) 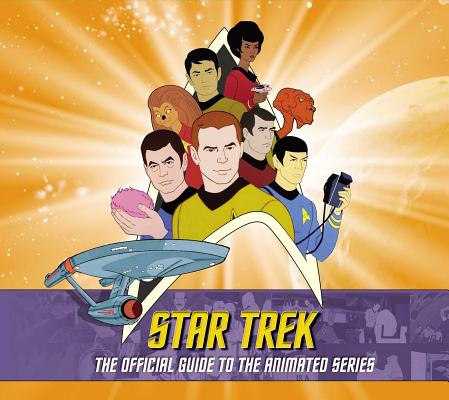 By Saturday Morning Trek (From an idea by), Aaron Harvey, Rich Schepis
$34.99

The first and only guide to the beloved and star-studded Star Trek: The Animated Series, the in-canon (mostly) continuation of the iconic Star Trek: Original Series.

Star Trek was left for dead in 1969, after the cancellation of The Original Series (TOS). However, even though new adventures of the Enterprise and its crew were not being produced, it remained in the zeitgeist due to syndication and fan-run conventions. As a result, Star Trek became more popular and led to Gene Roddenberry and Filmation Studios continuing the Enterprise’s original five-year mission on Saturday morning television.

Star Trek: The Animated Series (TAS) was a critical success, airing 22 episodes over two seasons and earning the franchise its first Emmy Award in 1975. The show featured the voices of almost the entire original cast, including William Shatner and Leonard Nimoy, along with TOS writers Dorothy Fontana (“Journey to Babel”), David Gerrold (“The Trouble with Tribbles”), acclaimed science-fiction author Larry Niven, and many more.

This book is the first officially dedicated to TAS, and provides fans with behind-the-scenes production documents, never-before-seen art, and all-new interviews with the people who produced the Enterprise's new animated adventures.

Star Trek: The Official Guide to The Animated Series reveals the efforts it took to translate TOS into animated form, includes a Databank encyclopedia of new and returning characters, ships, and planets, as well as trivia, bloopers, and TAS's connections to other Star Trek shows.

Rich Schepis is a life-long Trekkie and writer, whose recent work has appeared on Star Trek sites including TrekCore, The Rogues Portal, and TrekMovie. His love of the franchise and especially John de Lancie’s indelible performance of Q led him to bestowing that name upon his cat; much to his chagrin, she has appeared to take on many of the omnipotent being’s personality traits.

Aaron Harvey is a graphic designer and podcaster. He’s the host of the “Saturday Morning Trek” podcast on Trek.FM and has created cover art for Star Trek comics as well as other posters, T-shirts, and other fantastic Trek-related imagery.