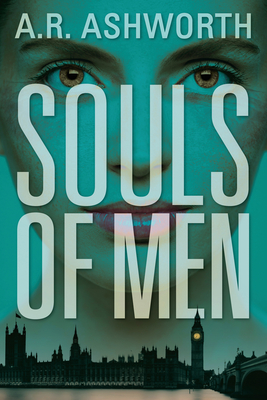 This is book number 1 in the An Elaine Hope Mystery series.

Veteran Detective Inspector Elaine Hope knows she was born to be a detective. Now she's taken over a bungled case and released the only suspect. Her male superiors in the London Metropolitan Police doubt her, and London's tabloids scream for a scapegoat.

None of them can stop her. Finding the truth is all that matters to Elaine. She forges ahead, standing up to her bosses, bad cops, and murderous crooks. Each has reason to fear her. Elaine's life gets more complicated when a former suspect shows romantic interest. He won’t reveal his personal tragedies to anyone but Elaine, and she has her own secrets.

As Elaine and her protégé, Liz Barker, track the killer through wintery London boroughs, darker hunters join the chase. When she finally confronts her quarry face-to-face, Elaine discovers how desires can mold the souls of men, and how one terrifying night will change her life forever.

Souls of Men, A. R. Ashworth's chilling debut, is sure to appeal to readers of Sharon Bolton and Deborah Crombie.

A. R. Ashworth earned a degree in history before working for twenty years in high tech. Along the way, he developed a lasting love for Paris and London, which inspired his writing. He lives in the Texas Hill Country with his wife, a cheese-seeking Chihuahua, and an oversized tabby cat. This is his first Elaine Hope mystery.

Praise for Souls of Men:
"[A] strong debut...This is a procedural with heart, yet it doesn’t shy away from the dark."
—Publishers Weekly

"In this smart, dark debut, A.R. Ashworth dishes up a gritty, satisfying plate of murder, greed, and psychopathology. The good guys are flawed in wonderfully human ways. And the bad guys? Evil to the bone. Souls of Men is a whirlpool of tension that circles inevitably toward both truth and tragedy, with an ending that will leave readers craving for the next offering in the series."
—William Kent Krueger, New York Times bestselling and Edgar-Award-winning author of the Cork O’Connor series

"Evil—murderous evil—is afoot in London. Luckily, so is Hope: Detective Inspector Elaine Hope of the Metropolitan Police. Smart, strong, and determined, she doesn’t give up, won’t back down, and mustn’t be underestimated. We could all use a bit more Hope in our lives."
—Jon Jefferson, New York Times bestselling author of Jefferson Bass’s Body Farm mystery series

“In Souls of Men, A.R. Ashworth introduces a worthy protagonist in Detective Elaine Hope. Elaine is an engaging blend of strength and compassion, a competent investigator thrown into a case that could push her to the breaking point. Her pursuit of the killer leads, indirectly, to what might be her last, best chance at love—then threatens to destroy it. Ashworth’s sensitivity weaves Elaine’s humanity into a satisfying thriller.”
-Jaden Terrell, Shamus Award nominee and author of the internationally published Jared McKean mysteries