Armor of God: A Bible Study for Tweens and Parents in Today's Spiritual Battle (Paperback) 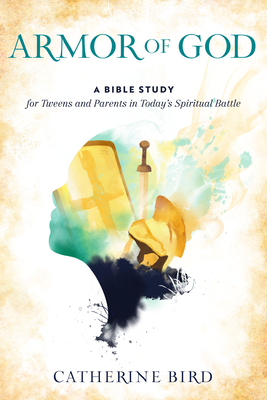 Equip Your Child for the Battle Ahead

An invisible, spiritual battle is waging around us, a battle between God and Satan for control of our lives. In spite of God's truth that the battle has already been won, Satan's primary goal is to separate us from God and convince us that he holds absolute power over us.

Armor of God unpacks the six pieces of armor that God has revealed as essential tools to defend against Satan's schemes on earth. Alongside their tween, parents will uncover important truths to better understand the enemy and how he works to ambush, outflank, and outsmart God's army. Most importantly, parents and tweens will learn to use their God-given armor and employ strategies to defeat the one true enemy. In addition to guided Bible study and "Letters from the Battlefield," Armor of God includes conversation starters and fun activities that will open a dialogue between parents and tweens and draw them deeply into God's Word together.