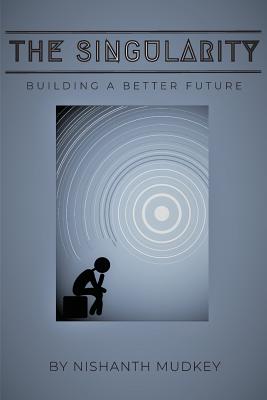 By Nishanth Mudkey
$50.00
Out of Stock; Usually Arrives in 5-7 Days
(This book cannot be returned.)

The technological singularity is dubbed as science fiction by some and as a certain event by the others. To a dogmatic scientist, it is a ludicrous idea, and to an engineer or a technologist, it is a possibility and a potential opportunity to advance superior engineering of the machines. To a religious fundamentalist, it is perhaps the only scientific explanation for the existence of God.

This book describes the technical science leading up until the point of the singularity with clear mathematical precision, and it is expected to provide innovative solutions in almost every area of scientific study. The content of the book is organized to offer complete access to the research done. It includes theoretical concepts and an in-depth analysis of the science of sentience also including a mathematical result for the singularity. Ideas enumerated are likely to deliver pioneering solutions in the fields of artificial intelligence, swarm robotics & automation, economics & trade, and aviation & aerospace besides others.

The first part of the book introduces swarm intelligence and its applicable mathematical models which assist in the creation of artificial intelligence. Using ideas invented and proposed by Marvin Minsky, the second part constructs a comprehensive model which facilitates the recording of decentralized knowledge and enables decentralized decision-making in intelligent machines. The third part of the book discusses strategy, chaos, determinism and game theory within the existing context to convey their applicability in the creation of artificial general intelligence. The fourth part integrates ideas from the first three parts to expound the science of sentience.