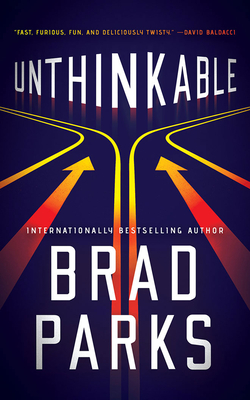 From international bestselling author Brad Parks comes a new thriller about an ordinary man who may be able to save the world as we know it--but to do so, he must make an impossible choice.

Nate Lovejoy is a self-proclaimed nobody, a stay-at-home dad who doesn't believe he's important to anyone but his wife and their two daughters. So it's a shock when members of a powerful secret society kidnap and spirit Nate away to a mansion at the behest of their leader, Vanslow DeGange, who claims to know the future. He's foreseen that a billion people could die--unless Nate acts.

It seems improbable, especially given what DeGange says will set this mass casualty incident in motion: a lawsuit against the biggest power company in Virginia, being brought by Nate's wife, Jenny.

Nate quickly smells a scam being perpetrated by the power company. But at every turn, it becomes apparent there's more to DeGange's gift than Nate wants to acknowledge. A billion people really could die, and Nate might be the only one who can save them.

All he has to do is the unthinkable.