At the Mountains of Madness: Large Print (Paperback) 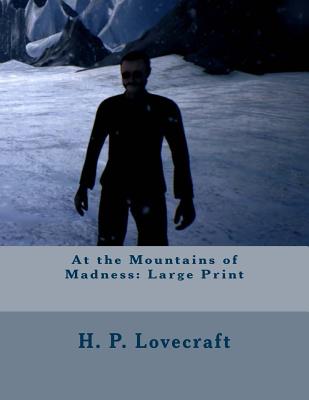 At the Mountains of Madness by H. P. Lovecraft To that flash of semi-vision can be traced a full half of the horror which has ever since haunted us' An expedition to Antarctica goes horribly wrong as a group of explorers stumbles upon some mysterious ancient ruins, with devastating consequences. At the Mountains of Madness ranks among Lovecraft's most terrifying novellas, and is a firm favourite among fans of classic horror. The Penguin English Library - collectable general readers' editions of the best fiction in English, from the eighteenth century to the end of the Second World War. We are delighted to publish this classic book as part of our extensive Classic Library collection. Many of the books in our collection have been out of print for decades, and therefore have not been accessible to the general public. The aim of our publishing program is to facilitate rapid access to this vast reservoir of literature, and our view is that this is a significant literary work, which deserves to be brought back into print after many decades. The contents of the vast majority of titles in the Classic Library have been scanned from the original works. To ensure a high quality product, each title has been meticulously hand curated by our staff. Our philosophy has been guided by a desire to provide the reader with a book that is as close as possible to ownership of the original work. We hope that you will enjoy this wonderful classic work, and that for you it becomes an enriching experience.