Gilgamesh: A Captivating Guide to Gilgamesh the King and the Epic of Gilgamesh (Paperback) 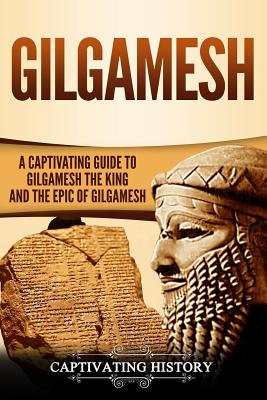 Explore the Captivating History of Gilgamesh the King and the Epic of Gilgamesh Rarely does a name survive as many millennia as Gilgamesh has. World-renowned men of letters such as Carl Gustav Jung and Rainer Maria Rilke spoke nothing but the highest praise for the ancient Babylonian epic about the popular and much beloved Sumerian king. Numerous works of literature have been either directly inspired by or openly mimic this epic, all from writers who have nothing but the utmost respect for this treasure written in cuneiform. One has to wonder, how come something so old, so detached from this crazy modern world became so beloved, something which hundreds of researchers and creators worldwide would end up not just liking but being enamored with? It can't have been its historical value-older and more crucial written texts of Ancient Mesopotamia were found and translated for modern audiences both before and after the Epic. It must be something else, then. It must be its contents, or, more particularly, the culture that created it. The aim of this new captivating history book is to allow you to go on a remarkable journey into this magic part of Mesopotamian history so you can come to your own conclusion regarding the question above as well as discover the truth about Gilgamesh. Gilgamesh: A Captivating Guide to Gilgamesh the King and the Epic of Gilgamesh will reveal: So if you want to learn more about the Gilgamesh, click "add to cart"