Murder is Not an Odd Job (Paperback) 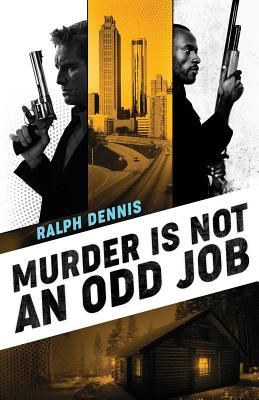 For years, original copies of Ralph Dennis' Hardman novels, one of the best crime fiction series ever written, were the Holy Grail for collectors because they were nearly impossible to find and very pricey. But those days are over. Hardman is back "The Hardman books are by far the best of the men's action-adventure series." Mother Jones MagazineIt's Atlanta, 1974. Ex-cop Jim Hardman and his drinking buddy Hump Evans, an ex-NFL player, will do just about anything short of a felony to make a buck...but even that rule is flexible. "Among the best series books around." Philadelphia Daily NewsIn their sixth adventure, Hardman steps into the middle of a bar fight and stumbles into a deadly but lucrative job -- protecting a guy who is next-in-line for a massive inheritance from being murdered by professional assassins. But as the body count rises, and killers just keep on coming, it becomes clear to Hardman that the motive is more than money... and that he may be fighting an adversary who will never stop, even after death. "Ralph Dennis has mastered the genre and supplied top entertainment." The New York TimesThis new edition includes an Afterword from author Cynthia Williams, who was one of Ralph Dennis' students.