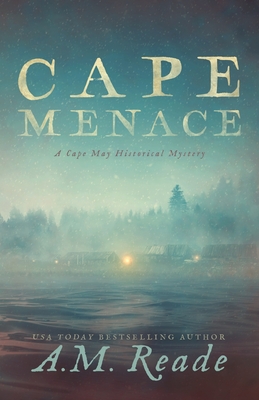 In the year 1710, the Hanover family sailed from England to the New World, eventually settling in the wilderness of the New Jersey cape, just outside the village of Town Bank. William, an apothecary, set up shop in a side room of his home, providing the residents of the village and surrounding countryside with herbs and remedies for illness and injuries. His wife, Ruth, is a skilled herbalist and their young daughter, Sarah, learns the art and science of apothecary under the tutelage of her parents.In 1712, Ruth vanishes without a trace. It is generally assumed that she was killed by a wolf in the woods near the Hanovers' home. And though William and Sarah have never stopped hoping to see Ruth again, they know it is unlikely she is alive.Two years later, in 1714, William has begun to act strangely. He has been conducting business under the cover of darkness and refuses to share with Sarah the identity of the mysterious stranger who comes to see him at night. The numbers in the apothecary ledger don't add up, and William seems to have more money than an apothecary should.When William dies suddenly of a fever sweeping the county, Sarah is left alone and must face the secrets her father was keeping. She must also find out the truth about her mother's disappearance in accordance with her father's deathbed plea. Sarah has to decide how she is going to survive in the unforgiving landscape of colonial New Jersey, and whether she is capable of taking over her father's duties as apothecary.After finding a letter addressed to her father, Sarah learns that prior to her mother's disappearance, her mother was facing threats from an unknown person. Amid whisperings about a man who had been obsessed with Ruth before she vanished, Sarah begins to make inquiries about the man, his dealings with her mother and other women, and his mental stability. He proves to be a dangerous and unpredictable foe.As Sarah begins to get closer to finding out what happened to Ruth, what she learns will shock her tiny New Jersey community and leave her fighting for her life.