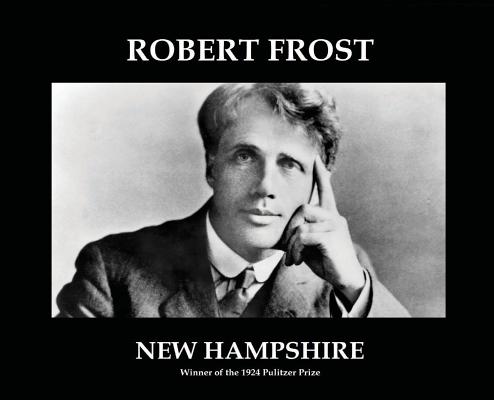 This deluxe, hard-cover edition printed on premium paper, with full-color photographs and an introduction that focuses on Frost's troubling childhood, is the perfect gift for the Robert Frost fan. "It is such an honor to publish this book," says Sartoris Literary Group president James L. Dickerson, who wrote the introduction and edited the text. "We have published William Faulkner, Tennessee Williams, Eudora Welty, John Steinbeck, Richard Wright, Elizabeth Spencer Willie Morris, and others, so this book is in keeping with our literary direction."

The photographs were chosen by author and psychologist, Mardi Allen, Ph.D., who used her keen insights to select images that would reflect some particular aspect of a poem and resonate with readers at an emotional level. Most of the photographs were taken in New Hampshire and Vermont.

"New Hampshire" is the book that put Robert Frost on the map. Amazingly, despite years of writing, Frost did not publish a book until he was 39. It was not until 1923 that he attracted national attention with the publication of "New Hampshire," which was awarded the Pulitzer Prize the following year. He also won Pulitzer Prizes for his books, "Collected Poems" (1930), "A Further Range" (1936) and "A Witness Tree" (1942).

Among his most memorable poems are: "Stopping by Woods on a Snowy Evening," "Nothing Gold Can Stay," "Fire and Ice," "Mending Wall," and "The Road Not Taken."