Then A Hero Comes Along (Paperback) 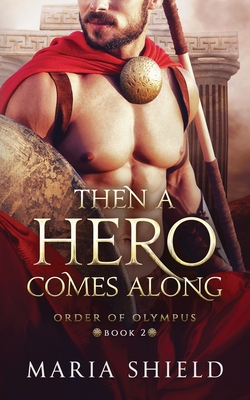 Monsters Hidden Among Us...

Allie knows better than anyone that there are still dangers in the modern world. As a harpy, she's one of them. However, the tables turn when she is accused of a crime and taken prisoner by one of the most handsome men she has ever met. It might sound like a fantasy come true, but Allie can never forget the kind of man Barcus is. A hero. And the ancient blood feud between heroes and monsters has not been forgotten.

Then A Hero Comes Along...

Barcus made a promise to hunt down the rogue hero Xanthus, but doing so proves more challenging than he anticipated. Years of seclusion have dulled his skills, and the more he throws himself into the hunt, the more his past haunts him. But a beautiful harpy might prove to be key to putting the ghosts of his past to rest.

Together, Allie and Barcus will form a partnership that breaks all the rules. But it might just be enough to save the world... and each other.

THEN A HERO COMES ALONG is the second novel in the ORDER OF OLYMPUS series. A sexy, action-packed romance series based on Greek Mythology and set in the modern world. Ancient heroes never looked this good.