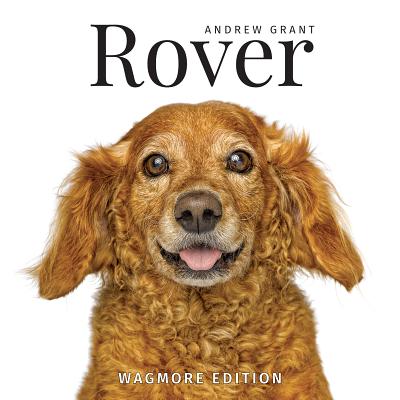 The portraits themselves are quite impressive -- sharply detailed color images photographed against a white background in a professional studio. They are best described as revealing character studies of the dogs, each of which is looking expressively into the camera. With a brief introduction by the author and helpful suggestions for how to take part in rescue efforts at the end, this is primarily a portfolio of a variety of purebreds and mixed-breeds dogs who all have one thing in common: they were all saved by good-hearted people. Anyone who loves dogs and or photography will appreciate this book. Highly recommended.
-- Library Journal

In 2009, Andrew Grant began photographing dogs, starting with two French bulldogs at an unrelated commercial shoot. Then he discovered the sad fact that millions of lost or abandoned dogs enter animal shelters every year. And only a few leave, through rescue and adoption.

The rest are euthanized or live out a lonely, caged life.

Andrew Grant began to photograph dogs that should be rescued, and dogs that have been rescued. Over 6 years he raised nearly $2 million for shelter dogs through his photographic project. He did this with the sale of four limited-edition books of dog portraits, each called Rover. Each was bigger than the previous, and helped by hundreds of sponsoring dog owners.

Those editions are all sold out, and fetch up to $400 on the rare book market -- when available. Most, though, are as treasured as their canine subjects. At least one copy is prized by Ellen DeGeneres, dog lover extraordinaire, who featured the book on her show.

Now, Firefly Books is publishing a popularly-priced trade edition of Rover: Wagmore Edition. It contains 360 of Andrew Grant's most appealing photographs of dogs. Some are the best friends of lucky owners, and some, sadly, are homeless.

All are splendidly realized in sharp, large and very lifelike color portraits. All were captured by state-of-the-art equipment and are truly the most beautiful dog pictures you have ever seen. They feature purebreds of almost every kind, and mixed breeds, too.

Andrew Grant is still on the road, photographing dogs. He continues to raise money for dog shelters, and his images of celebrities, products and architecture have been featured in many publications. To find out more and see Andrew's work, go to Roverworks.org.