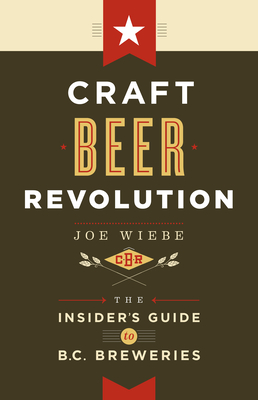 A thirst-quenching guide to B.C.'s craft brewers and their beers from the province's favourite beer writer. Canada's microbrewing movement began in British Columbia with the founding of Horseshoe Bay Brewing in 1982. Three decades later, B.C. is home to more than fifty breweries, including a dozen brewpubs. Beer tourists are coming in droves, and private liquor stores are selling exclusive bottles of beer at prices previously reserved only for fine wine. With profiles of each of B.C.'s craft breweries, as well as maps, tasting tours and an insider's look at the people behind the kegs and casks, Craft Beer Revolution is the definitive guide to British Columbia's booming craft beer scene, from the movement's early founders still thriving today-Spinnakers, Granville Island and Vancouver Island-to the current industry leaders-Central City, Howe Sound and Driftwood-as well as the most remote-Tofino Brewing, Townsite in Powell River, and Plan B in Smithers. Each brewery has a tale to tell, and Joe Wiebe, the Thirsty Writer, has heard them all. B.C.'s leading beer writer, he has spent the last decade travelling throughout the province, sampling craft beer wherever he can find it. His irreverent guide will be an indispensable companion for beer nerd and novice alike.

Joe Wiebe, the Thirsty Writer, is one of Canada's leading beer writers. His writing has appeared in publications throughout Canada and the Pacific Northwest, including enRoute, the Globe and Mail, Beer West, and Taps Magazine.