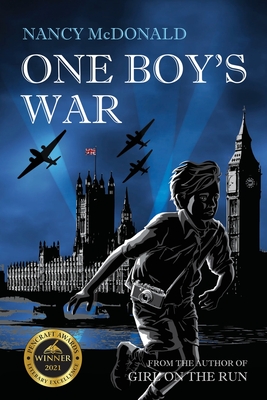 ENGLAND, SUMMER 1940. Following a brush with death on the Irish Sea, ten-year-old K fer Avigdor unexpectedly finds himself back in London. There, he stumbles upon a sinister Nazi plot, which targets hundreds of people in Britain -- including the most powerful man in the country. The one person who might be able to defeat Adolf Hitler.

With the Germans threatening to invade England at any moment, K fer musters all his courage and ingenuity in a valiant effort to thwart the Nazis. But will he succeed in time to save the day?

One Boy's War, the sequel to Boy from Berlin, is inspired by real people and historical events.